Acronyms are new words formed from the initial letters (or parts) of a series of words, such as RAM from random access memory, and radar from radio detecting and ranging. Initialisms are a similar sort of abbreviation but are pronounced by saying each letter separately, for example BBC, VHS, and the FYI of this post’s title. The distinction, BTW, is not always strictly observed – initialisms are often loosely called acronyms. This imprecision is rarely problematic, but it’s good to know the difference. HTH.

Better later than never, spent the night reading this book, because could not have torn myself away from it. Absolute must-read for SAs, gives a perspective of IT role in modern firms, shows challenges management faces, and also vividly depicts how fast one can get IT working given right approaches. Excellent. 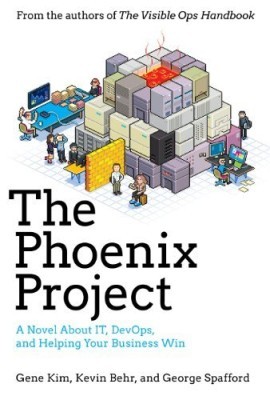 Very interesting Paula Scher’s TED talk where she looks back at a life in design (she’s done album covers, books, the Citibank logo …) and pinpoints the moment when she started really having fun.

Crikey, I know this feeling: